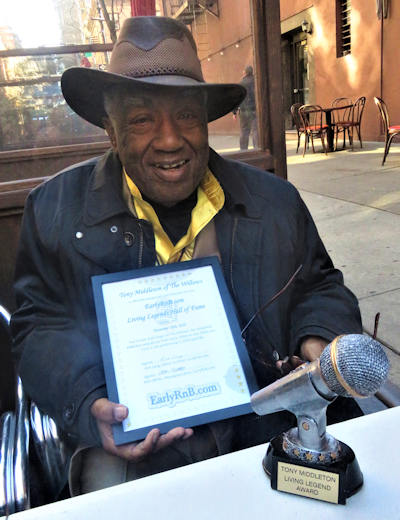 Along with a certificate, Middleton was given a microphone trophy.

“It looks like yours,” said Middleton’s manager, Phyliis Cortese, as Middleton admired the piece at a table outside Parnell’s, an Irish restaurant and pub located on the east side of Manhattan.

The “yours” Cortese was referring to is the microphone Middleton keeps in his briefcase, along with photos and other information from Midldeton’s career, including a multi-page list of all the songs the “Church Bells May Ring” vocalist has written.

Why does Middleton travel with a microphone, during a pandemic that has seen his plethora of gigs dry up?

“I got the mike because I love mikes,” he said, “Because it protects me and keeps me going, you know.”

Middleton added, “It keeps my mind on my work (laughs).”

Four days after meeting up with EarlyRnB.com Editor-in-Chief Kirk Lang, Middleton relayed in a brief phone chat that the trophy has a prominent place in his home.

“I’ve got it in my living room on the shelf,” he said. “My wife, my family, they’re crazy about it.”

Middleton and his fellow Willows had a big hit with the uptempo “Church Bells May Ring” in 1956. However, the group recorded its first single – “My Dear Dearest Darling” – three years prior. That was sixty-seven years ago. That’s before Little Richard, Elvis Presley and Chuck Berry were known to the general public. All three early rock ‘n’ roll pioneers would come to prominence a couple of years later.

When one has an opportunity to meet a musical performer who was making records before rock and roll took off, you take it. When one has an opportunity to meet a representative of early R&B/doo-wop, you take it. Lang, a father of two young girls, made his first trek to New York City in seven years to meet Middleton and last Friday was unusually warm compared to recent November days, with the temperature reaching the upper 50s. It felt more like spring than a month away from Christmas.

Middleton, who lives about an hour and forty minutes outside the city, showed up ready for a photo shoot, with tan pants and suit jacket, a yellow dress shirt underneath with a bolo tie and a pocket square in the left suit jacket pocket that complimented his dress shirt. He began the interview with a wide-brimmed hat but put on a fancier one at the end of his interview for a few photos on East 53rd Street for EarlyRnB.com. 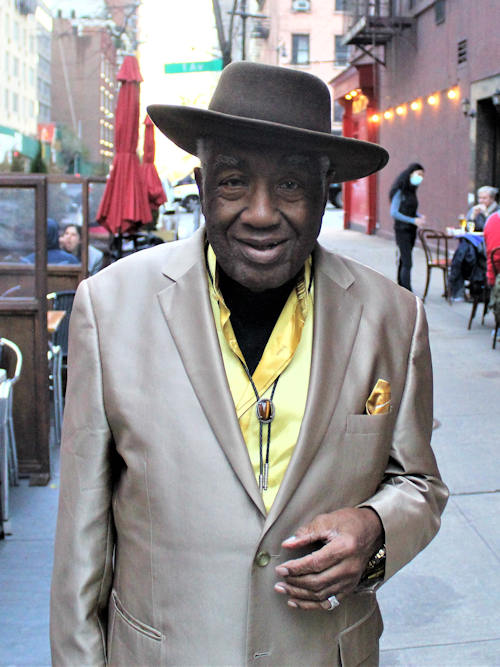 Cortese had told Lang a few days prior over the phone, “He always wears a jacket and a hat and a pocket square.”

She added, “He doesn’t wear these outfits to be noticed. He’s old school. That is how he dresses.”

A gentleman from yesteryear, he must be doing something right, as he and his wife Betty are enjoying 62 years of marriage in 2020. Middleton was honored as a living legend not just because of the mark he made in early R&B/doo-wop but because of his versatility – he played the lead in the Broadway musical Cabin In The Sky and had principal roles in Purlie and Porgy and Bess – and the fact he is still an active performer. The word “retirement” is not in his vocabulary. He’s still going strong, though he has repositioned himself as a jazz singer to work a lot of the nice clubs in Manhattan. The Corona Virus has taken away a number of gigs Middleton relied on to pay bills, but when the dust settles, when things get more back to normal, he’ll be out there again.

The 86-year-old Middleton plans on sticking around. He’s showing no signs of weakness for a man his age. In fact, Cortese said he actually gets stronger halfway through a gig. Two years ago, he did a number of consecutive nights on a mountaintop in a town just outside of Barcelona, Spain. He would do it again in a minute. But for now, in this Corona Virus world, he’ll bide his time by tuning into his favorite channels, CNN and the History Channel.

A full career story on Middleton will be published in the near future. 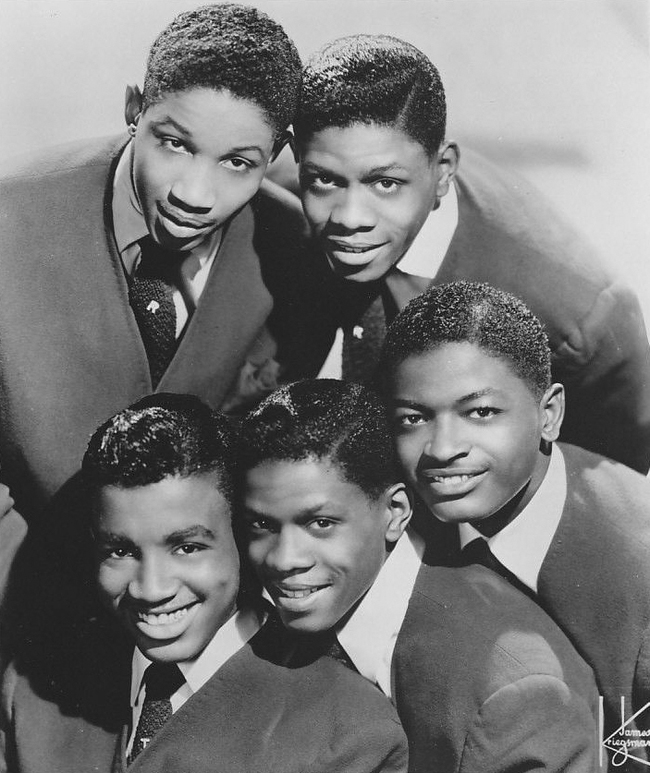 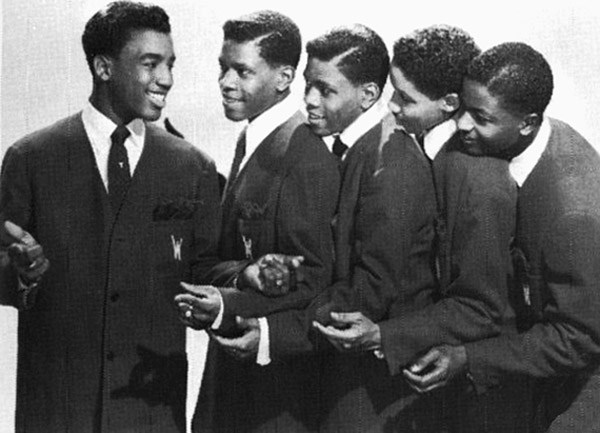