“I was very surprised and happy,” said Freeman one day after making the trek from New York to his old stomping grounds.  “It was the first time I received something like that. It was real thoughtful.”

Freeman sang first tenor with The Five Satins and though he missed being on the group’s most famous recording, “In the Still of the Night,” released in 1956, he was on many other great cuts with lead singer Fred Parris and crew, perhaps most notably “Shadows.” He also made an appearance in a 1973 documentary/concert film that profiled classic R&B/rock ‘n’ roll artists including, among others, Chuck Berry, Fats Domino, Bill Haley and the Comets and Little Richard.

In fact, Freeman would go on to become Parris’ longest serving backing vocalist. Though the Five Satins haven’t officially announced a retirement, their last concert was at Mohegan Sun Casino in 2016. In December 2017, the group recorded a segment for a PBS special at St. Bernadette Roman Catholic Church in New Haven. It was in the basement of that church that the Satins recorded their best known song.

In addition to clocking more hours singing with Parris than anyone on this planet, Freeman also counts Parris as his best friend. Before receiving his Lifetime Achievement Award from EarlyRnB.com Editor-in-Chief Kirk Lang, he talked at length with Lang poolside at a condo complex in Hamden, Connecticut, touching on his respect for Parris, singing on street corners as a youth, how he came to join The Five Satins, and the great memories of his performing and recording career.

Also, Lang treated him to a visit to classic car owner Les Bogart’s East Haven home, where Freeman got to check out a beautifully restored 1957 Chevrolet Bel Air. 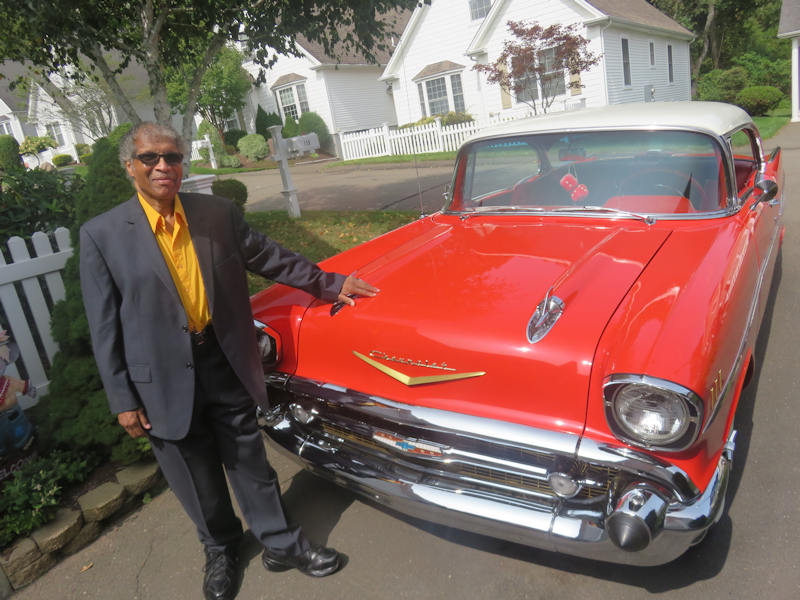 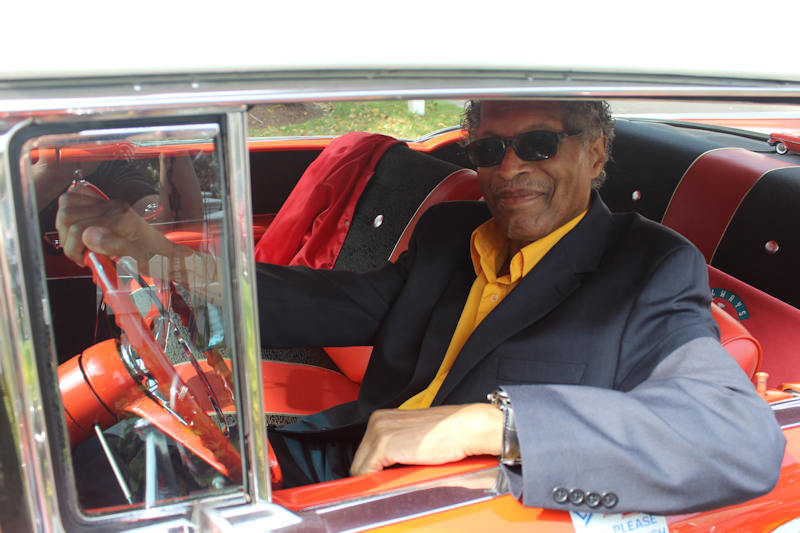 If that wasn’t enough, Bogart surprised Freeman with a copy of a Hillhouse High School (New Haven) yearbook from 1958, the year they both graduated from there. Bogart, who also had fellow alumnus Ron Polverari over the house, had the yearbook ready for Freeman on the kitchen counter, open to the page with Freeman’s senior photo and a brief paragraph that told of his involvement in band, orchestra, senior chorus and music committee for senior prom. Singing was listed as his “hobby” and the Air Force was listed as his “future.” Though he didn’t become the military man he foresaw as a high school student, the singing thing turned out to be far more than a hobby. 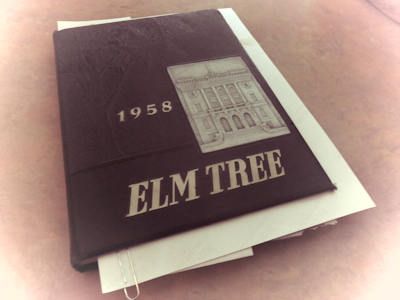 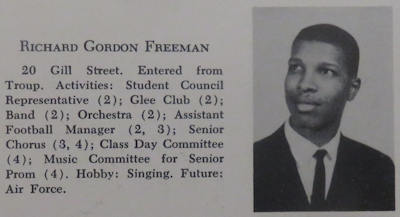 Bogart can attest to that. He was absolutely thrilled to have Freeman visit, and his picture with him – which he was getting printed up Tuesday – will surely be placed in a prime spot amidst the 1950s and Coca-Cola-themed memorabilia that covers his entire basement, which features a colorful carpet bedecked with images of slot machines and playing cards. Bogart’s man cave also includes a working jukebox in one corner and Freeman took a moment to listen to it, to truly take in the 1950s time machine he walked down into. 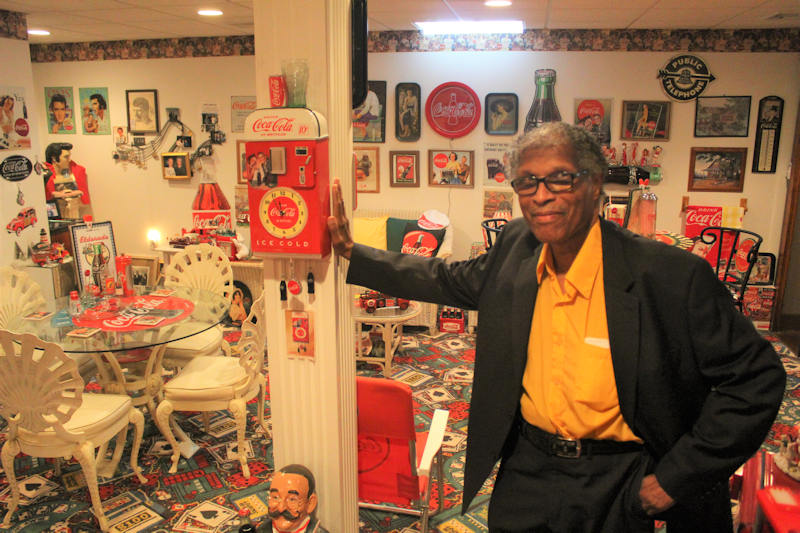 After Freeman made his way back to New York, he followed up with an e-mail to EarlyRnB.com the next morning, saying, “I am still thinking about yesterday and am happy I am in good health to enjoy what transpired.” He added, “Thank you for September 14, a day I will never forget.”