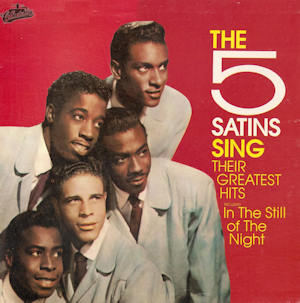 Ed Martin of The Five Satins

The following article was written based on two interviews conducted with Ed Martin of The Five Satins between 2017 and 2018. Martin, who lives in West Haven, Connecticut, which is adjacent to New Haven (perhaps most famous for Yale University), was a gracious host to EarlyRnB.com’s writer and editor-in-chief Kirk Lang. He gifted Lang with some Hailbut he had caught in Alaska over the summer and also prepared some tea after the interview wrapped up.

Ed Martin is famous, yet he can go grocery shopping unnoticed. That’s the beautiful thing about being part of an enduring doo-wop hit from sixty-plus years ago. You can still find yourself getting fan mail and photos to sign, but you won’t be badgered with endless autograph requests while running your daily errands.

“The loudmouth on there, that’s me,” said Martin, referring to his contribution to The Five Satins’ “In the Still of the Night,” one of the most well-known doo wop songs, and one that received further attention with its inclusion in the movie Dirty Dancing. In the 1990s, Boyz II Men gave it continued life on the 1993 reissue of their debut album.

Martin has outlived nearly everybody that comprised other doo-wop charting groups, as so many of the stars of that era, and even subsequent musical genres, such as rock and soul, passed on, and many of them far too early. Yet the four vocalists who recorded “In the Still of the Night” remain alive and kicking. Could it be because the song was recorded in the basement of New Haven’s St. Bernadette Roman Catholic Church?

“It could be. I believe in God,” said Martin. 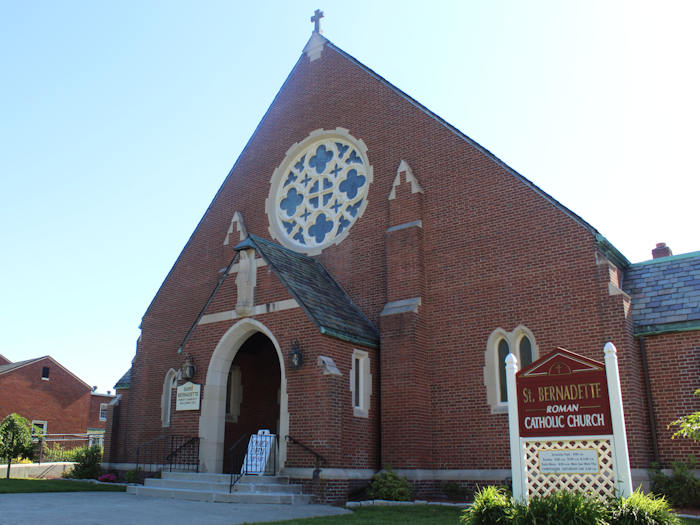 Martin, 87, is clearly blessed. When it’s noted he still has all of his hair, he laughs and adds “almost.”

Looking as thin as his performing days, Martin doesn’t have a litany of health issues others his age often deal with. In fact, he only mentions one ailment. 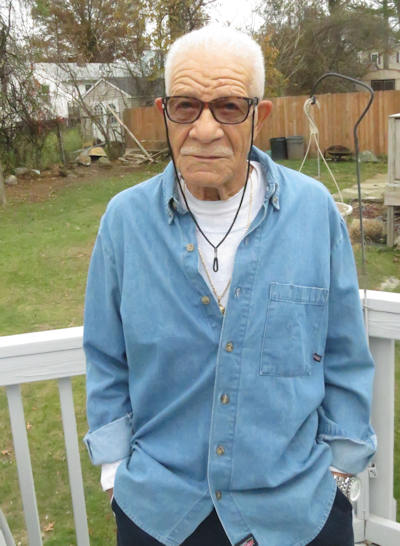 “I’ve got a bad knee but I still get around,” said Martin. Get around he does. As recently as 2017, he was still making his annual summer trek to Alaska to fish for Halibut and Trout. However, Martin has finally decided to keep his fishing trips closer to home.

“I’m not going back to Alaska,” he said. “It’s too rough. “That plane ride kills you. Flying takes a toll on you.”

Fishing, 1,000 piece puzzles, and listening to music in his basement of his West Haven home comprise the bulk of his schedule nowadays. It’s a drastic change from his days as a Five Satin, when life was much more hectic on the road.

“Oh yeah,” said Martin. Seven shows a day. It was a wreck. We used to do like six shows a day. About that. You know, you would do your show, then you’d get off stage, and then everybody else did theirs, and then you’d come back on.”

Before the Apollo, before sharing bills with Little Richard and others, the Five Satins were one of numerous New Haven vocals groups performing on various street corners on Dixwell Avenue, Webster Street or at the Dixwell Community House. Group members came and went. And in Martin’s case, being in the right place at the right time – at home – led to him filling a slot that would change his life.

Martin was not a member of The Five Satins, led by Fred Parris, prior to Feb. 19, 1956, but on that day, the group, ready to hit the recording studio – in this case the church basement – needed a baritone for some reason or another.

“On a Sunday morning, I just got up, said Martin. “Jim Freeman (the bass member of the group), who lived across the street, came over. He asked me if I wanted to help them out. I said, ‘Yeah, OK.’ At that time I was singing first tenor and baritone.” 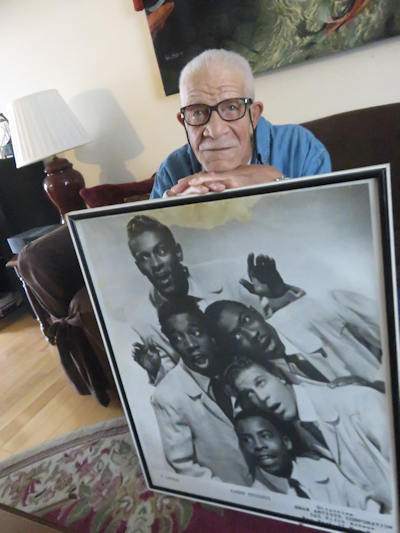 “In the Still of the Night” was actually the B-side to the more uptempo “The Jones Girl.” However, the B-side turned out to be the hit. Five Satins founder Fred Parris, also the writer of “In the Still of the Night,” recorded it while on a break from his military duties in Philadelphia. When the song took off, Parris was no longer stateside. He was in Japan. As a result, a Five Satins group led by Bill Baker in the lead spot toured in support of the hit record.

“You know we did maybe four shows with him (Parris),” said Martin. “Then he went to Japan and that was it.” Martin believes he and the other Satins, though they didn’t have a hand in writing the song, did much to promote it and thus, helped make it the hit it became.

“All the sweat and tears we had,” said Martin. “We’d be on a bus 24 hours a day. In the evening we’d be in motels with cockroaches. In Maryland, oh man, them boys were so big when they hit the floor you could hear them. Washington, D.C. had some big ones too.  We used to play the Holiday Inn. We had cockroaches in the dressing room backstage.”

But worse than cockroaches was the treatment the group received from fellow human beings where they would perform. In 1950s America, especially down south, black performers often encountered unfair treatment.

“We kind of had it hard out there,” said Martin. “Some places were nice but they didn’t want us in the restaurants at that time. They would have a boxed lunch for us when the bus pulled in. They’d have a little bag for you with a dried up sandwich and stuff. I wouldn’t take it, because it was racist.”

If performers were lucky, they could use the bathroom.

“It depended on the club,” said Martin. “Some of the places that we’d play, they would have a rope in the middle of the room. Whites over here. Blacks over here.”

He added, “We weren’t used to it because we never had that up here in New Haven. It was never an issue. When I was young, white kids could come and spend the night at my house. I would go spend the night at their home. Everything was fine in New Haven, but when you got to Branford people was prejudice. You couldn’t buy a house out there and things like that but other than that, no problem, no problem in high school.”

However, Martin noted that “once you crossed that Mason-Dixon line, things changed. One place we were, we played in an auditorium for white people, and we played in a barn, in horsesh*t, for the blacks. I can’t remember the place. I’ve been trying to think of the name of that place for a long time. I think it was in Mississippi. They had a makeshift stage.”

Martin and his family moved to the New Haven area from Johnson County, Florida when he was only four years old. He was around eight or nine years old when he realized he wanted to be a singer.

“What really got me started on singing was a club on Dixwell Avenue (in New Haven, CT), I forget the name of it. I think it was called the Golden Gate. Somebody from New York used to come around. I used to have me a box and I used to put it next to the window to get up there and look in. I heard them singing and carrying on and knew that’s what I wanted to do. I said, ‘Shoot, I can do that.’ I started singing in church.” 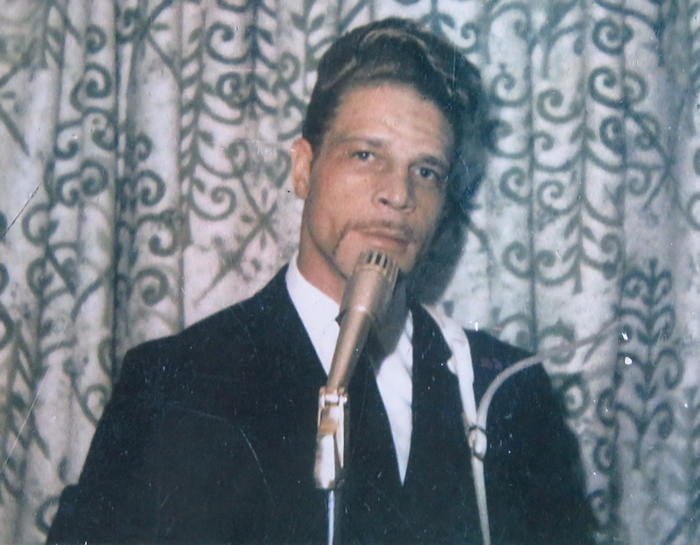 “We tried to beat each other on the blocks, so that’s how I really got my start,” Martin said.

His first performance at an actual venue was the Dixwell Community House following a basketball game.

“I was with the 82nd Airborne Division out of Fort Bragg, North Carolina,” said Martin. “I went in. I wasn’t drafted. I wanted to be a paratrooper after I went to see the movie, The Paratrooper. I said, ‘That’s what I want to do,’ and that’s what I did.” He married at 21 and later remarried at 40 in 1976. A father of six, Martin and his wife Amada are only four years away from a 50th wedding anniversary. 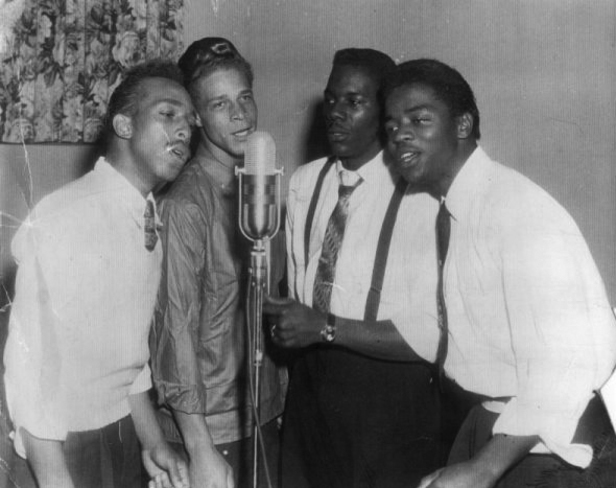 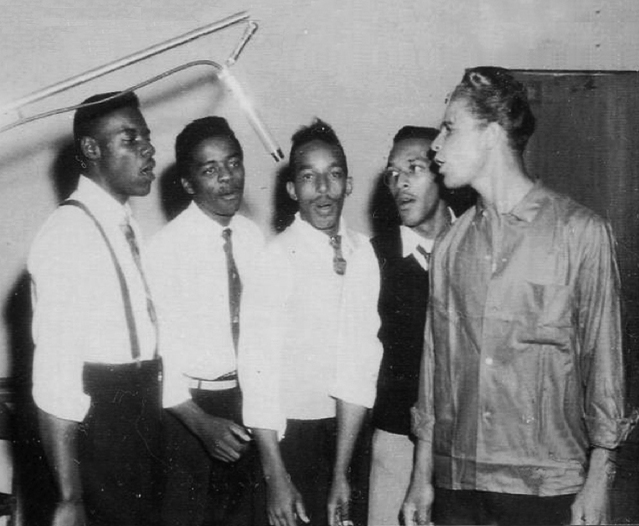 As far as his music career, Martin would join the Nutmegs after a two-year stint with the Five Satins. Following the Nutmegs, he spent five years in Canada singing with a band – Professor Lett and Study – but when things started to get a bit out of hand, around 1975 or 1976, he gave up music altogether.

“We had two drunks on there and I didn’t want to hurt ‘em so I quit,” said Martin.

For a quarter of a century, Martin simultaneously held down two jobs. He worked on a garbage truck in the morning and then made his way over to Yale New Haven Hospital, where he worked in labor and delivery.

“It was good because you get done early but still get eight hours of pay,” said Martin. “Everybody on that truck [also] worked at Yale so we made sure to finish early. You’d get on the truck about 4:30 a.m., finish that, usually about 8 a.m., come home, rest and go to Yale.”

He added, “Sometimes the guys today, they work all day. They’ve been by here at 6 at night.  Today they have to put in eight hours. We never went to noon. It was two-and-a-half to four hours at the most. Yale would start, I think, at 3 p.m. After labor and delivery I went over to maintenance.”

An inductee (as part of The Five Satins) into the Doo-Wop Hall of Fame and the Vocal Group Hall of Fame, as well as recipient of the Pioneer Award by the Rhythm & Blues Foundation Hall of Fame, Martin had no clue when he recorded “In the Still of the Night” in the basement of that New Haven church, along with nine other songs, that it would prove to be enduringly popular. 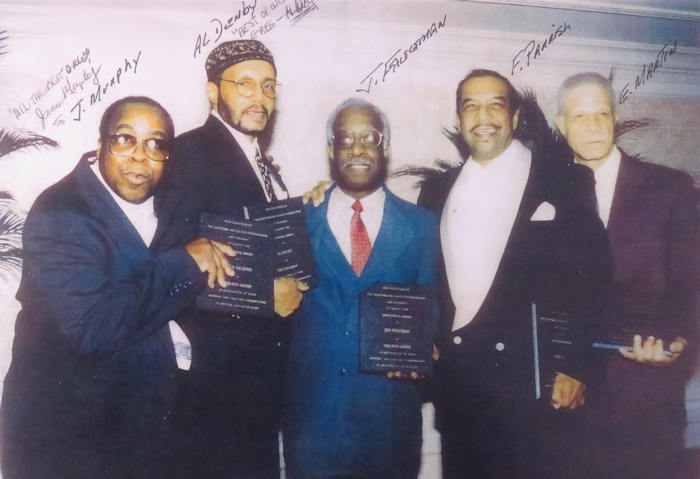 The Five Satins received the Pioneer Award from The Rhythm and Blues Foundation in February 1998. Pictured from left to right are Jesse Murphy (pianist), Al Denby, Jim Freeman, Fred Parris and Ed Martin. Jesse Murphy was not a vocalist on “In the Still of the Night.” Rather, he played piano on the classic cut.

“Well you know, when you record, you want to think all of them are going to be like that,” said Martin. I never thought it would be as big as it is. You never know what’s going to hit and what isn’t going to hit.”

But The Five Satins scored with a classic. Sixty-four years after recording “In the Still of The Night,” Martin still finds himself getting fan mail.

“I’ve got guys from Canada, all over, they want me to sign pictures and this and that and the other thing, said Martin. “I do it, even if they don’t have the self-addressed stamped envelope. What does it cost for a postage stamp?”

What does Martin make of this fame he still retains?

“Only in the basement, “he said, adding, “That was another life.”