‘Billy Guy Obituary’ – by Keith Woods, from ‘Tales From The Woods’ 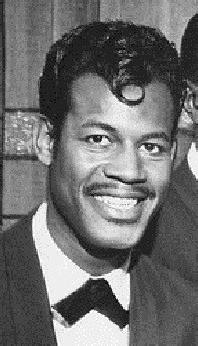 ‘Tales From The Woods’ raises a glass also to Billy Guy, baritone singer of the Coasters who died on the 12th November of cardio-vascular disease, aged 66. Billy was born Frank Phillips Jr in Texas on June 20th 1936. By his teens he had settled in Watts, a suburb of Los Angeles, California. The mid-Fifties saw the young Frank cutting his first tracks for the Aladdin label as part of a duo called Bip and Bop (he was Bip). Barely 20, he hit the big time when he became a founder member of the legendary vocal group the Coasters in October 1955, joining up with Carl Gardner and Bobby Nunn who had just split from the Robins. ‘Riot In Cell Block Nine’ had been their R&B hit of the year prior. The line-up was completed by Leon Hughes and guitarist Adolph Jacobs collaborating with songwriting and production team Leiber and Stoller who had previously penned ‘Riot In Cell Block Nine’ for the Robins.

For a number of years they simply could not put a foot wrong, setting the scene for the soundtrack of the 1950s American vocal group; Rock’n’Roll doo-wop classics ‘Young Blood’, ‘Searchin’, ‘Charlie Brown’, ‘Yakety Yak’, ‘Shopping For Clothes’. ‘I’m A Hog For You Baby’ and my own personal favourite, ‘That Is Rock’n’Roll’. So the list goes on. Billy’s sense of timing was indeed never bettered than on ‘Shopping For Clothes’ created, it is alleged, when the Coasters turned up for a recording session to discover Leiber and Stoller suffering from a mental block (no doubt something that ‘Tales From The Woods’s very own Dr Dale can identify with). By all accounts Guy began to sing snatches of a song that he had heard on the radio and everyone liked what they heard. Over a cool, finger-snapping ostinato set up by the late, great King Curtis’ tenor sax and Wendell Marshall’s string bass Billy acts out the part of a would-be hipster, spellbound by a salesman played by Will ‘Dub’ Jones (who, along with Cornell Gunter, had replaced Hughes and Nunn in the line-up). Guy’s character in the song falls hook, line and sinker in love with the two-button herringbone tweed suit with solid gold buttons; a little over two and a half minutes of perfectly observed social satire.

Come the early ‘60s in the U.K. both on Merseyside with the Liverpool beat groups and on the London R&B scene, the Coasters’ back catalogue was plundered by virtually everybody. For example, the Hollies covered (and had a top twenty hit with) ‘Searchin’; the Beatles, the Searchers, the Swinging Blue Jeans incorporated their songs into their acts; the Rolling Stones recorded a version of ’Poison Ivy’ which they rarely left out of their stage shows during their early years. In more recent times the stage show ‘Smokey Joe’s Café’, based around the songs penned by Leiber and Stoller and for the most part performed by the Coasters, has been touring both in Europe and the United States virtually incessantly. 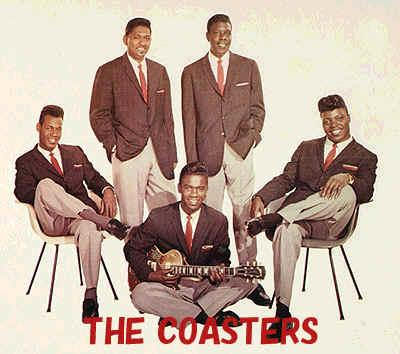 The classic line-up of the Coasters split up around the early 1970s, fragmenting into various other projects. Numerous incarnations of the group have surfaced over the past decades which could only be explained to you by the likes of ‘Tales From The Woods’ contributors Brian ‘Hardrock Bunter’ Clark and Bill Millar, whose knowledge of the mind-bogglingly complicated musical genre of doo-wop is amongst the best in the world (an overview of the history of doo-wop for ‘Tales From The Woods’? How about it Brian? One day, maybe?)

1987 would see Gardner, Guy, Gunter and Jones reunited as the Coasters and they were the first vocal group to be inducted into the Rock’n’Roll Hall of Fame. a year later they played Madison Square Garden to celebrate the 40th Anniversary of Atlantic records. Billy moved to Las Vegas in 1998 and was soon putting together a group called Billy Guy’s Coasters and unsuccessfully sued Gardner for $1,000,000 over the rights to the group’s name.