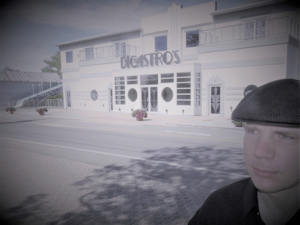 Kirk Lang is a United States-based journalist who lives less than two hours from New York City. He was a long-time boxing writer before dipping his feet into the pool of the music world.

His work has appeared in, among others, the Connecticut Post, the Hartford Courant, Boxing Digest, Living Blues magazine and various small-town newspapers.

A father of two young girls, Kirk exposes his children to the sounds of the blues, ‘50s and ‘60s R&B, as well as soul and gospel, on an almost daily basis. And when he’s not playing music, he’s practicing it, on an old Fender guitar he acquired from a relative via some questionable late night gambling at the kitchen table.

Kirk can be reached at kirklang@yahoo.com