EarlyRnB.com Visits Philadelphia to meet up with Ronald Gathers (The Majors)

EarlyRnB.com paid a visit to Philadelphia, Pennsylvania five days before Christmas to meet up with Ronald Gathers, the last original member of The Majors (“A Wonderful Dream”).

“I had the greatest time of my life with you guys,” he said, referring to Kirk Lang and his brother Erik. “I’m being serious. It’s something I’ll always treasure.” 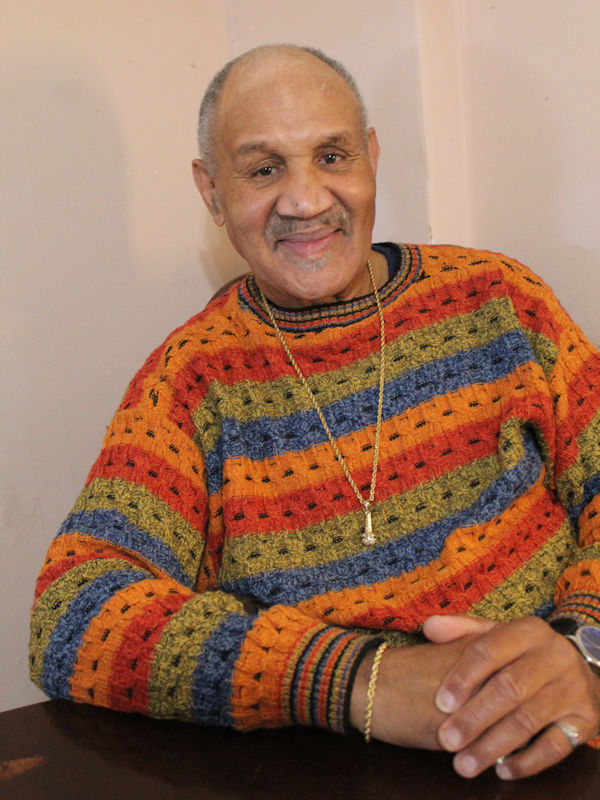 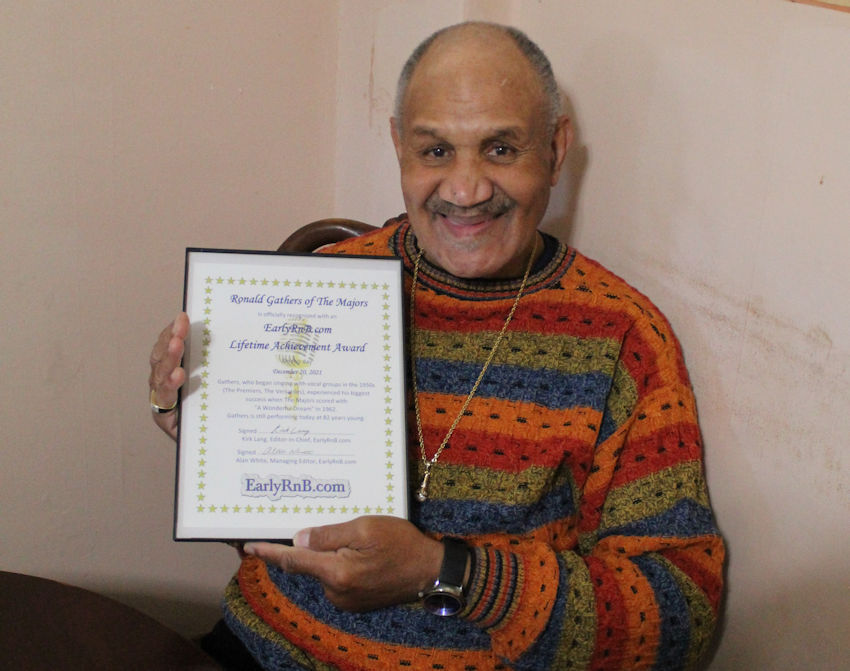 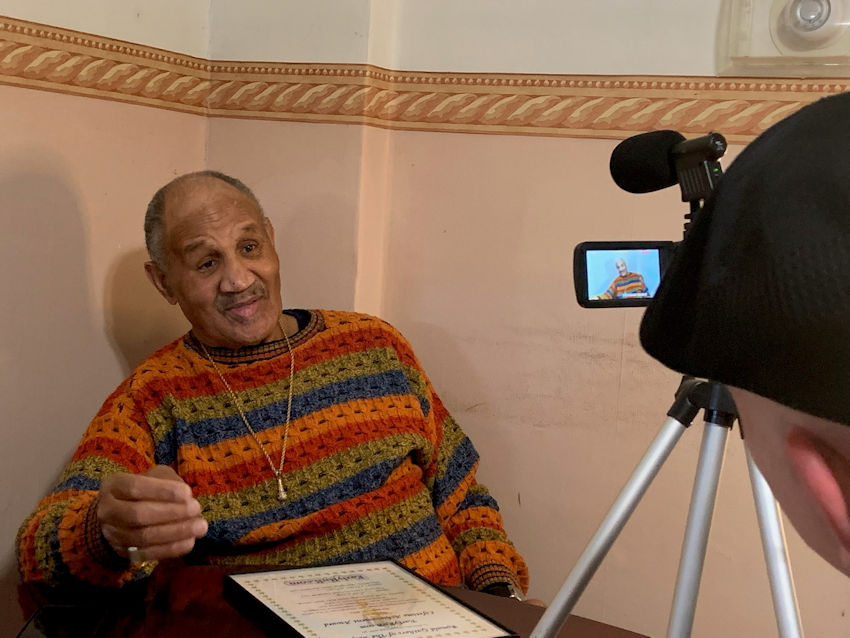 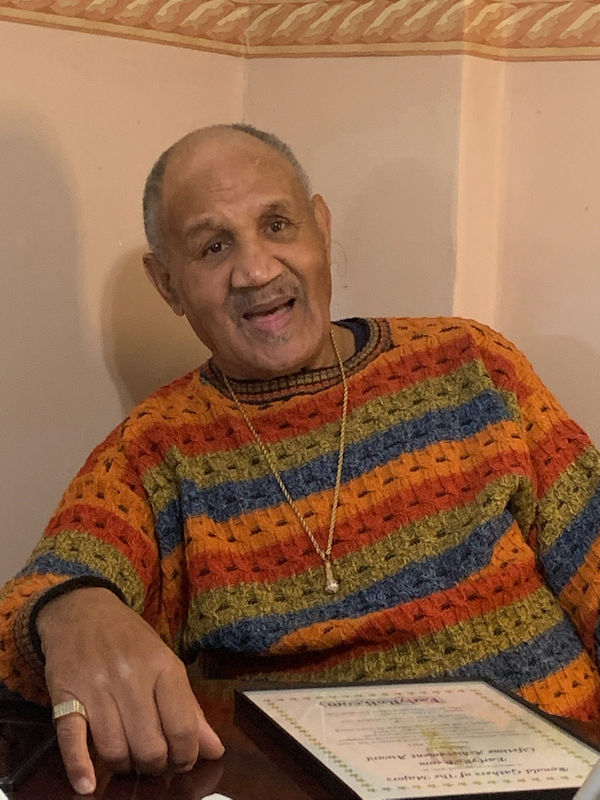 After conducting a video interview with Gathers at his home and presenting him with a Lifetime Achievement Award certificate, the two journalists and still active singer drove to downtown Philly. Much of the route was along Philly’s famed Broad Street, and along the way, Gathers, who was born and raised in The City of Brotherly Love, pointed out local landmarks, which included the now shuttered Uptown Theater, former heavyweight champion Joe Frazier’s old gym, a gigantic mural of jazz great Grover Washington, Jr. and Temple University. 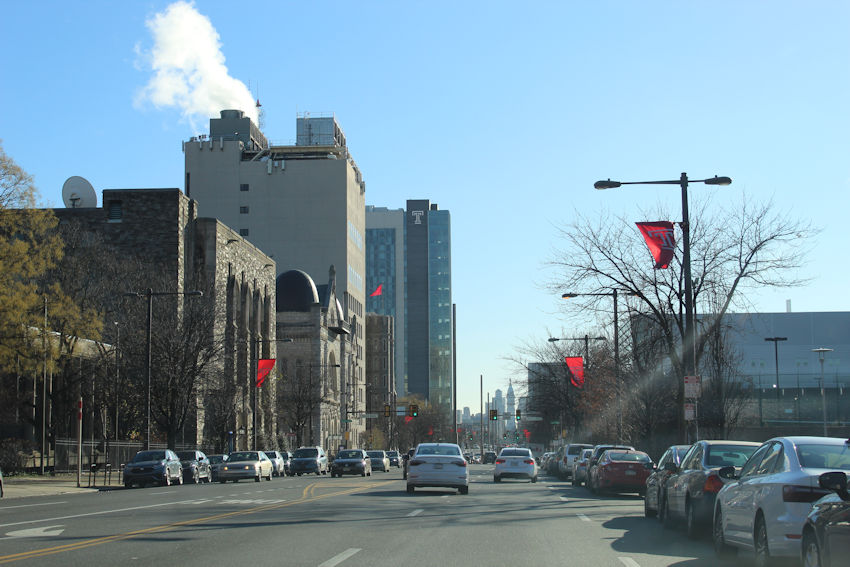 Broad Street with Temple University in the distance 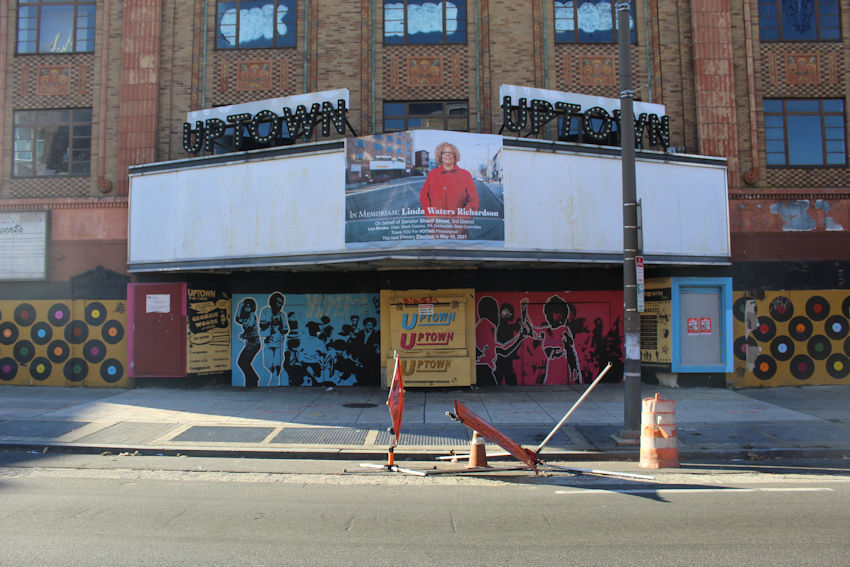 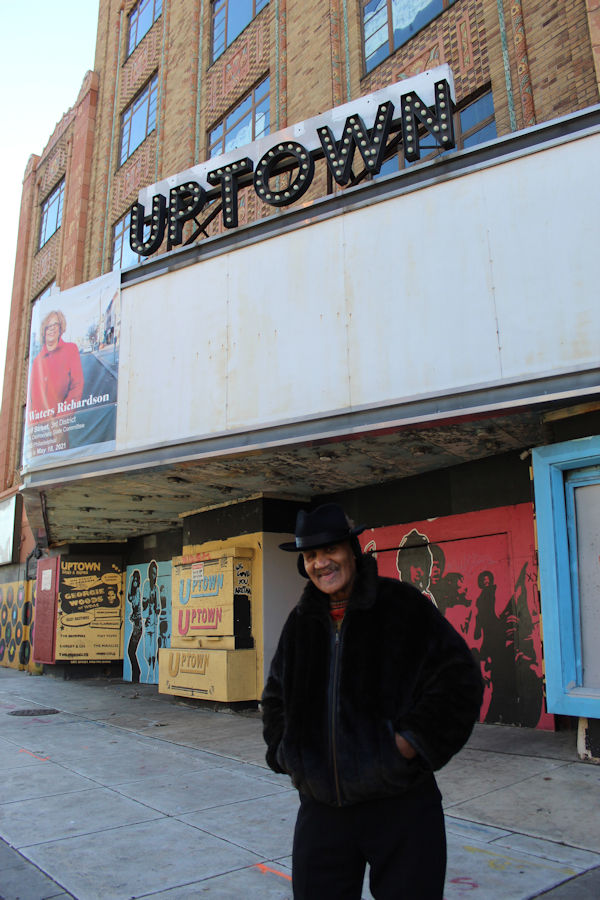 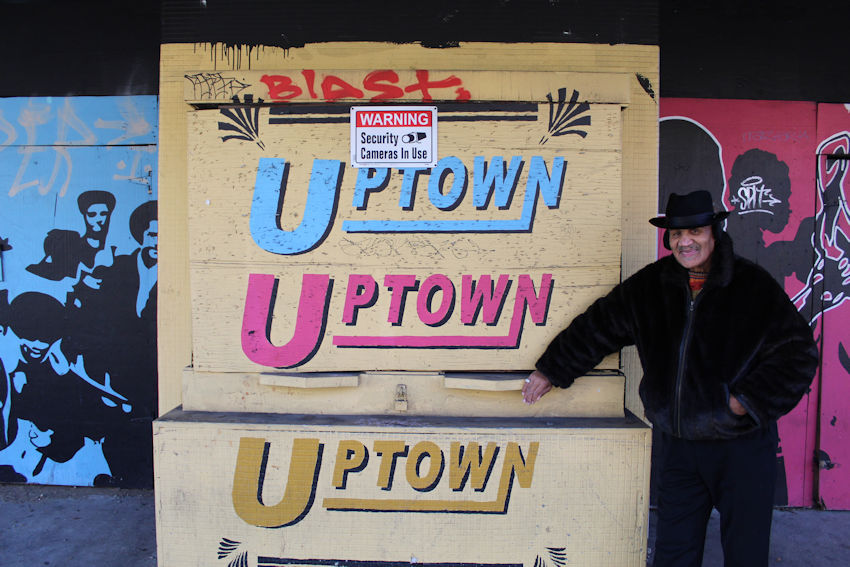 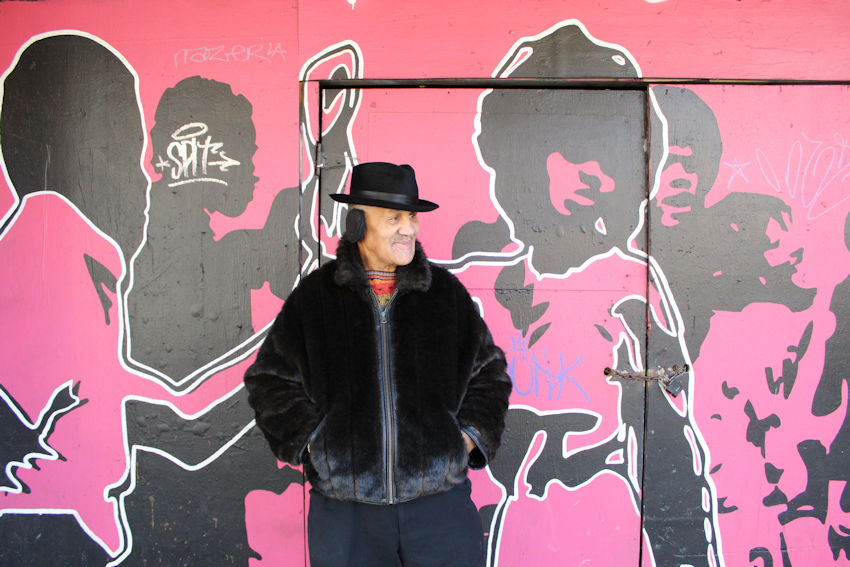 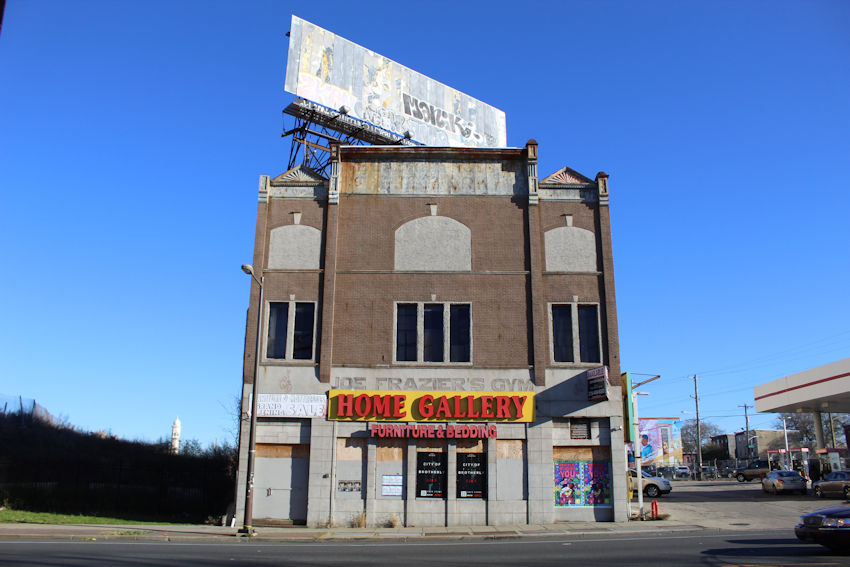 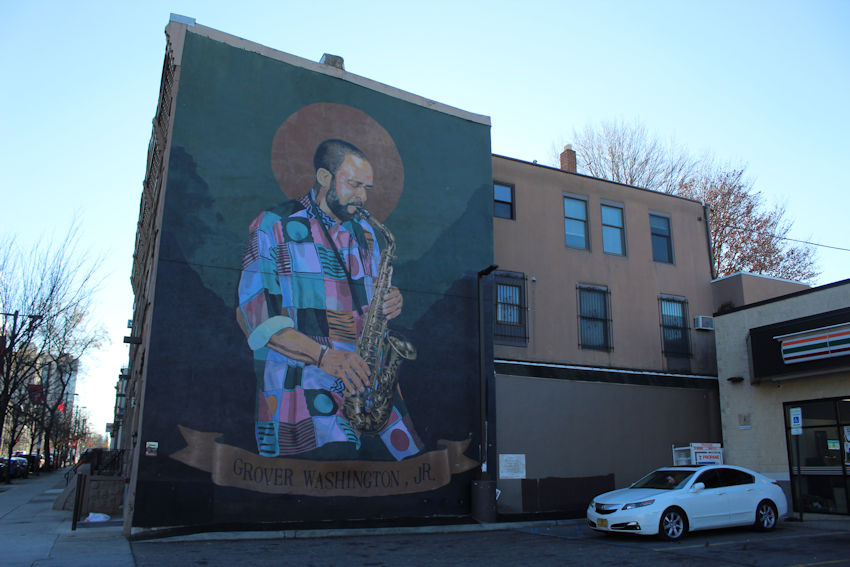 Gathers took Kirk and Erik to the famous Reading Terminal Market, one of America’s largest and oldest public markets, to try the soup at the Dutch Eating Place. From there, EarlyRnB.com took Gathers to the Philadelphia Art Museum, AKA “The Rocky Steps,” featured in the Rocky films.

Gathers hadn’t been there in some time.

“I think maybe at least ten years,” he said.

The group took a cab to the site just to save some daylight for pictures, but Kirk, Erik and Ron walked the one-mile route back to the downtown area. Gathers is truly blessed. At age 82, he walks like someone more like 32.

“All of my energy, it’s a gift from God. It derives from him,” said Gathers, who quit all addictions, including cigarettes and alcohol, cold turkey, back in 2006. 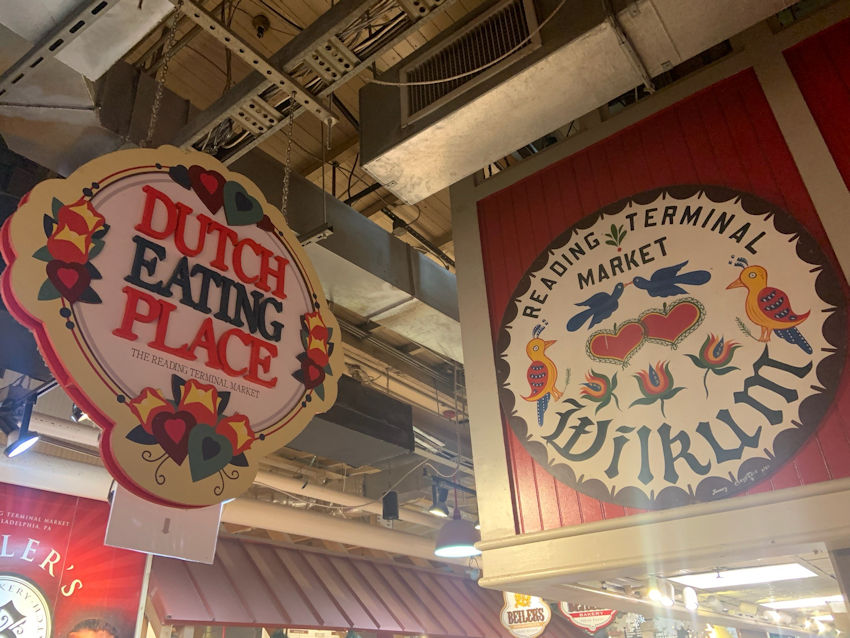 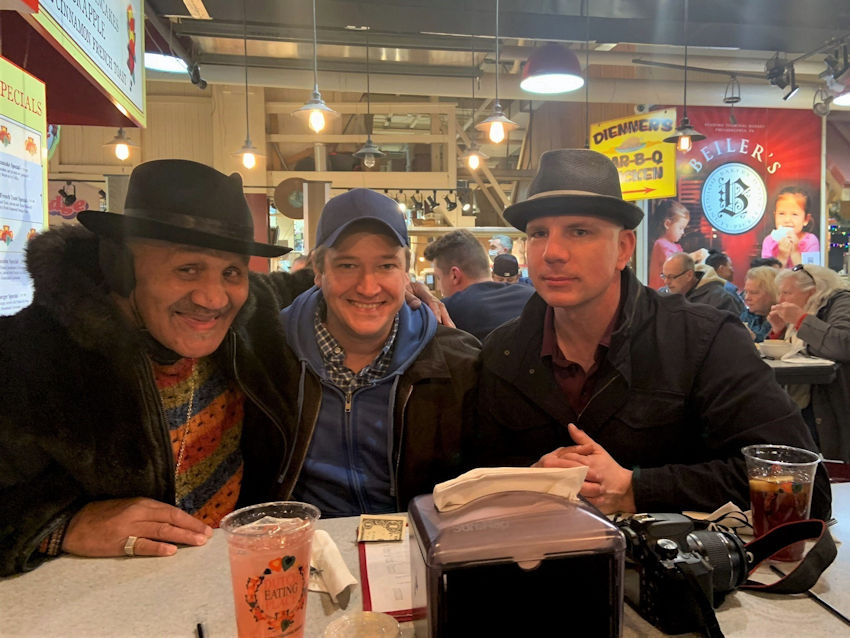 Ron, Erik and Kirk at the Dutch Eating Place 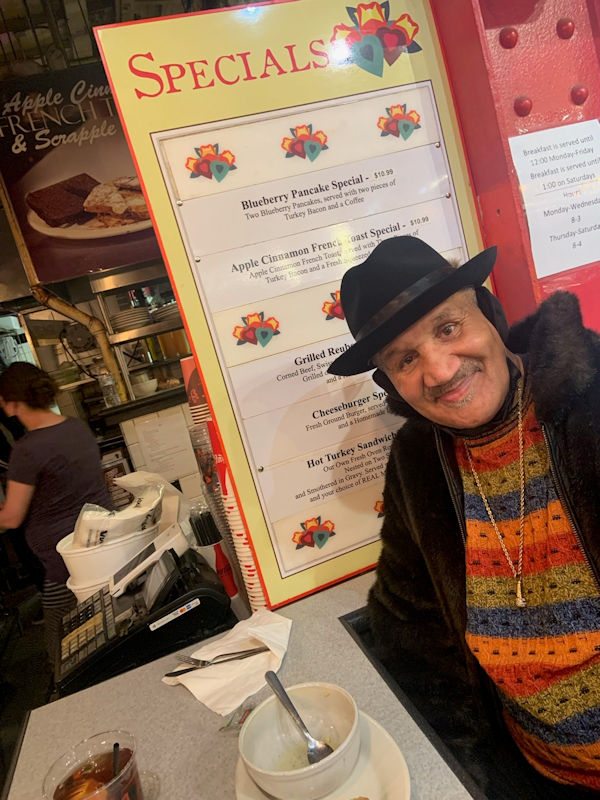 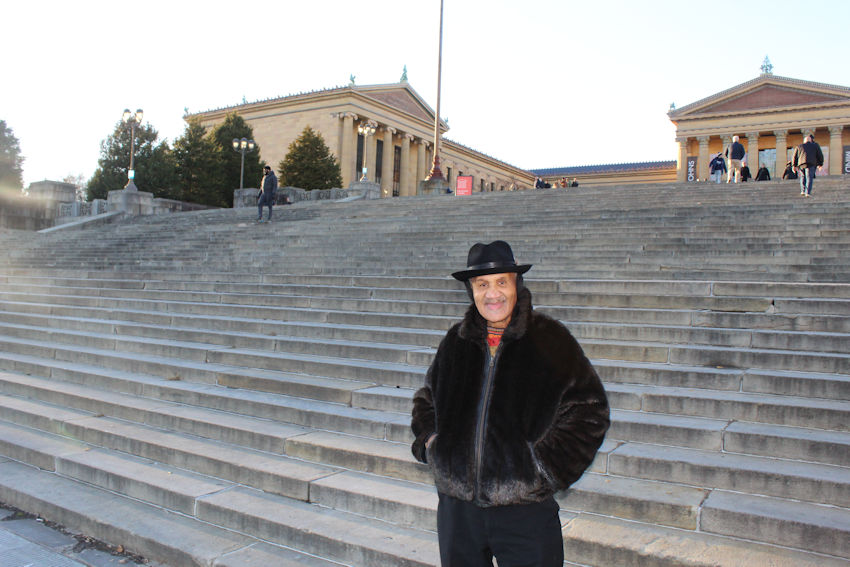 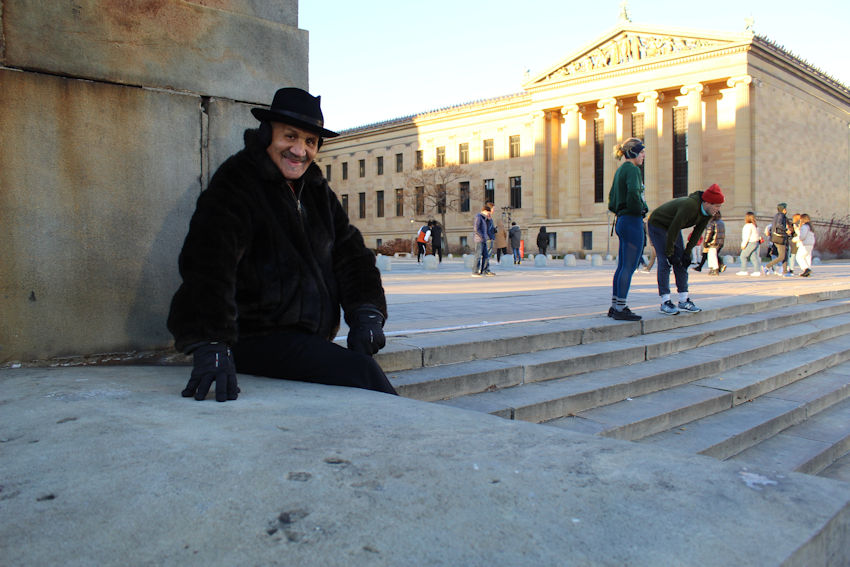 Ron at top of Rocky Steps 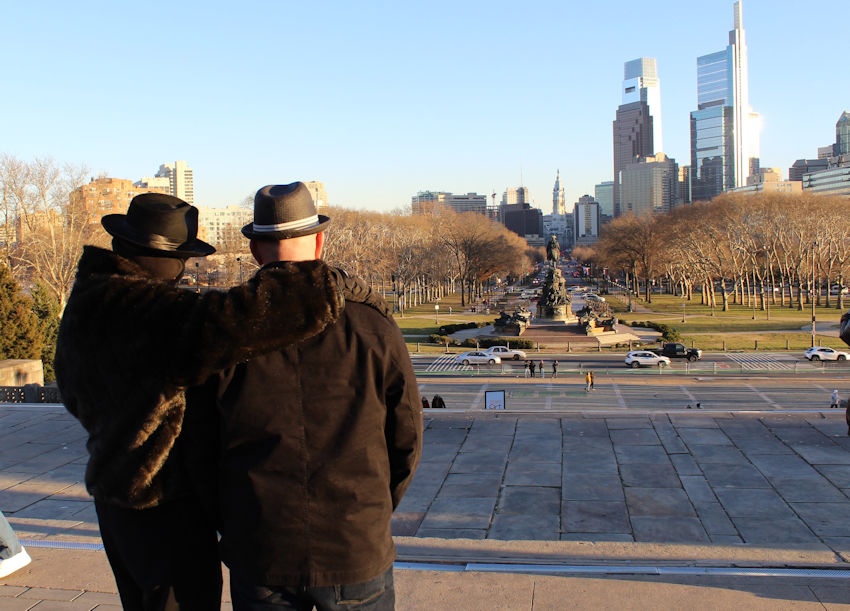 Ron and Kirk at the top of Rocky Steps 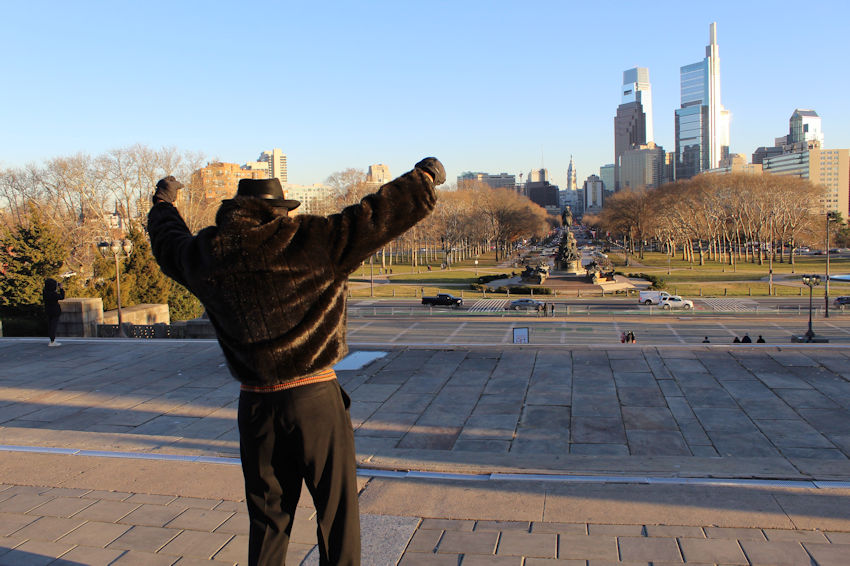 Ron at the top of Rocky Steps 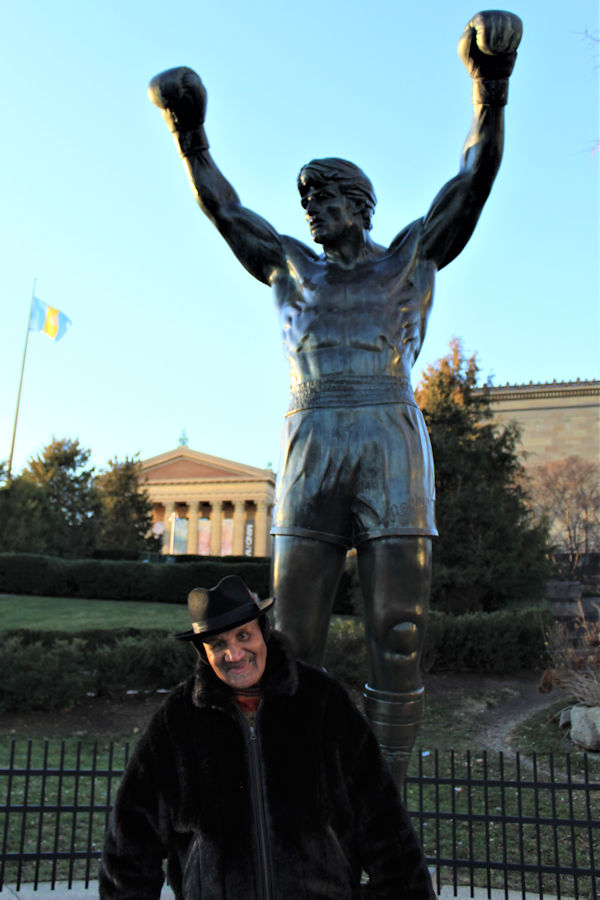 After a stop for tea at a largely glass structure that provided a respite from the cold air, the three men made their way through The Christmas Village – which rings the perimeter of LOVE Park and City Hall – and Gathers suggested numerous photo opportunities for Lang.

Once at City Hall, Lang photographed City Hall itself (with dancing lights on one side of the building), an adjacent ice-skating rink, the first two-level carousel EarlyRnB.com had ever seen and a brightly lit Ferris wheel that helped illuminate City Hall on a side that also featured a gigantic holiday tree. Gathers may have appreciated the visit but so did his visitors. On the ride back to Gathers’ home, the Majors’ bass vocalist noted he often performs solo singing standards at local establishments in between securing gigs with The Majors. He offered up a sample, and then a few minutes later, second one, singing “Fly Me To The Moon” and “Memories.”

Erik would cite both impromptu performances in his car as his best memory. Lang can’t pick a favorite moment. Rather, it was the overall experience, traveling with his brother, to the City of Brotherly Love – on their first trip together in more than a decade – to visit an upbeat R&B veteran who seems to defy the laws of aging.

In talking with Gathers by phone two days after the Philly trip, Gathers reminded Lang how some of these visits and awards can be so special to their recipients.

He added, “That’s how you made me feel. I’m serious. That’s how I still feel. I’ll always feel. I’ll carry that to my grave, man, because I know that it doesn’t happen to a lot of people my age.”