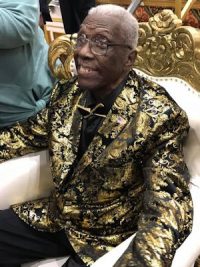 Of all the New York-based practitioners of early R&B/doo wop in the 1950s, the group that is often considered the finest of them all was The Harptones, even if major success eluded the young men.

The 1950s is long past but whenever smooth-voiced Harptones lead singer Willie Winfield treated fans at oldies shows to “A Sunday Kind of Love,” “Life Is But A Dream” and other gems from his repertoire, it was like senior citizens were put in a time machine, if but for a few minutes.

Winfield was a link to many fans’ youth, a strong connection to their great memories. However, on July 27, 2021 the voice fell silent. Winfield died as a result of cardiac arrest at a Brooklyn hospital. He was 91.

Winfield performed into his late 80s. His family arranged a retirement gala for him on June 1, 2019 in Woodhaven, NY and four days later he was honored with a Lifetime Achievement Award from the East Coast Music Hall of Fame at the Wildwood Convention Center in Wildwood, NJ. 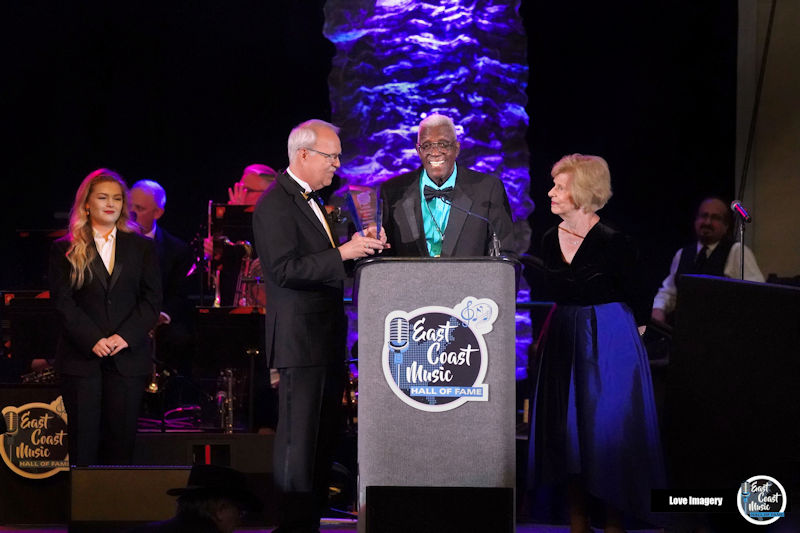 Jayotis Washington, a New York-based singer who made a name for himself as the first tenor of The Persuasions, said everyone who was singing on street corners admired Winfield’s talent.

“Long before I sang with The Persuasions I learned some songs from the Harptones,” he said, “And one of my favorites is “Cry Like I Cry.” That’s one of them. And one of the first songs I remember from The Harptones is “The Shrine of St. Cecilia.”

Washington is hard-pressed to name a favorite Harptones song.

“I like all their songs,” he said. The reason why I don’t have a favorite is because I love their harmonies, on all of their recordings.”

Washington added, “That harmony was great. That’s why they were so great, because they were different. They didn’t do, how would you say? They didn’t do the regular harmonies. Their harmonies were more complex and I tried to implement some of it into the Persuasions’ type harmony.”

The Harptones had the misfortune of losing out on signing with a major record label. After a talent scout from MGM Records saw them at the Apollo Theater and invited the group to visit him at his office in the Brill Building in Manhattan, someone else heard them while they were practicing their vocals in the hallway. It was two men who were partners in the upstart Bruce Records. Bruce Records rushed to sign the group and had them in the studio in November 1953 recording “A Sunday Kind of Love” and “I’ll Never Tell.” Poor distribution on Bruce Records’ part prevented “A Sunday Kind of Love” from becoming the hit it deserved to become, though it was appreciated on the east coast.

Stan Zizka, lead singer of the Del-Satins, told EarlyRnB.com, “Willie was one of a kind, gifted with the voice of an angel. I go back with Willie to the late 1950s. He was always a favorite of mine and I recorded a few of his songs in his honor.” I was supposed to be at his 92nd birthday in a few weeks and was looking forward to seeing him again. He was a major influence in my career. I loved the man.”

Tony Middleton, who sang lead for The Willows, best known for “Church Bells May Ring,” lived in the same neighborhood as Winfield in Harlem.

“He was a kind and gentle man with an extraordinary voice as the lead of The Harptones. I will miss him greatly,” he said. 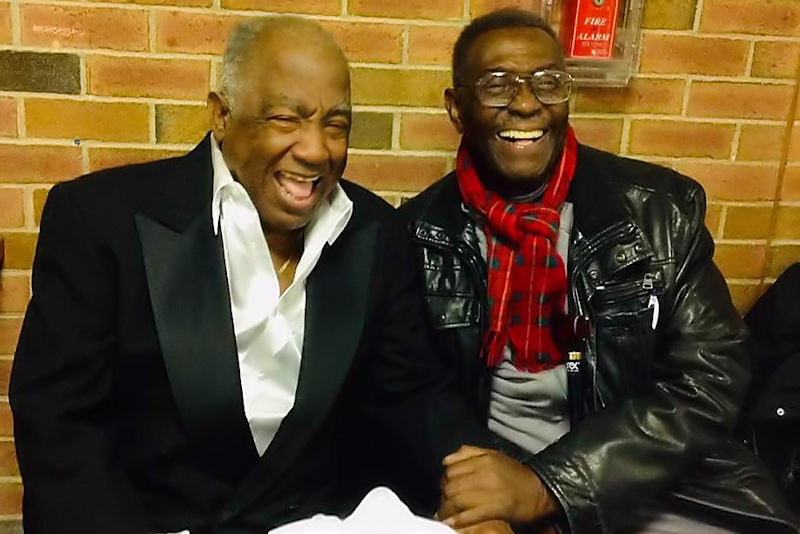 Before making his mark in New York City, Winfield sang in a church group in Norfolk, VA with his brothers. Winfield would move to the Big Apple in 1950 and the Harptones were formed from two existing groups, The Skylarks and the Winfield Brothers. The group would win first prize at an Apollo talent show in November 1953 and very soon after, they were putting their voices on vinyl.

Norman Fox of Norman Fox & The Rob-Roys, a Bronx-based vocal group best known for the 1957 hit “Tell Me Why,” did a lot of shows with Winfield.

“Willie was the nicest guy on the tour,” he said. “He was the best lead singer and he was generous with his talent. I actually did a duet with him in the Bronx many years ago. Everyone loved him, both fans and his colleagues. My favorite song is “A Sunday Kind of Love.” He will be missed.”

Joseph Mirrione, creator of the Pop, Rock & Doo Wopp concert series, and also the President of the East Coast Music Hall of Fame, told EarlyRnB.com, “I booked Willie a few times but I have known him since I was 14 years old.”

He added, “He had one of the most emotive voices of the era, or any era for that matter. The thing that not many people know about Willie, that he talked to me about, was wanting to be contemporary and change with the times.

“He would have liked to move forward, but of course, we, as fans of his incredible recordings, wanted to hear all of those songs whenever we saw him. I don’t know that there was a marketplace for Willie Winfield singing anything but his hits, but he had the voice, and had he had the right management, representation, record label, and all of the elements that he was never afforded, I think he would have been unstoppable.

“I think because of a movie like Goodfellas and the way they used “Life Is But A Dream” there is a chance that his music live on after we are all gone and I hope that somehow future generations develop an appreciation of the caliber of singer he was.” 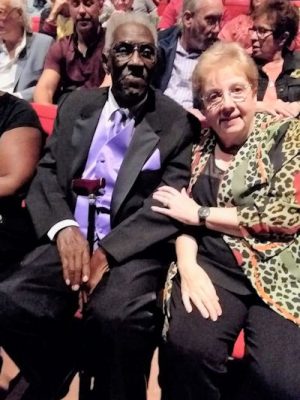 “Doo-Wop Donna Whitworth, a Pennsylvania-based vocal harmony super fan, was given the honor to speak at Winfield’s retirement gala two years ago.

“I felt truly blessed his daughter would ask me,” she said. “I have seen Willie probably 25 times [at different events] and I have gone to dinner with the group in Pittsburgh. His daughter Christine wrote me saying he did not pass alone. She was with him. I was so glad to hear this.”

Winfield often called Whitworth when he was trying to find someone’s phone number. The last number she gave him was for Earl Lewis, lead singer of The Channels. As a lover of vocal harmony for decades Whitworth has met and gotten to know many of the genre’s legends but “he [Winfield] by far is the truest form of talent and was truly a gentleman.”

Washington also used that description for Winfield – gentleman – and Middleton referred to him as a “gentle man.”

Terry Johnson of The Flamingos said in response to Winfield’s passing, “His voice and group inspired me to write my first song, ‘Are You Sorry’ (by The Whispers, released in 1955). I love him, such a genuine and nice person. I will miss him.”

George Kerr, who replaced Little Anthony in The Imperials for a time and then became a member of the New York-based Serenaders, made a bigger mark as a writer and producer. Early on, it was Winfield who inspired him.

“Willie Winfield is one of the reasons I got into music,” he said. “I just loved his voice, his sound. The Harptones was the group I wanted to be in. Willie’s voice set me off on a path to the music I write and produce today. What a musical loss that will never be replaced. Rest in peace Willie.” 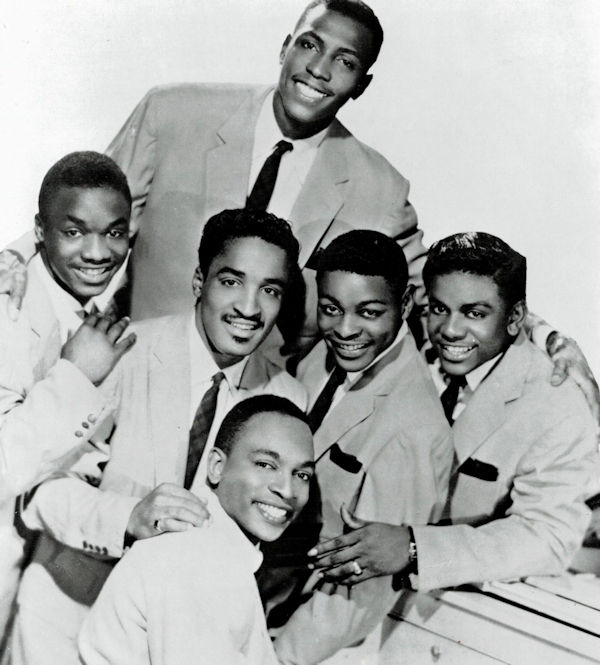 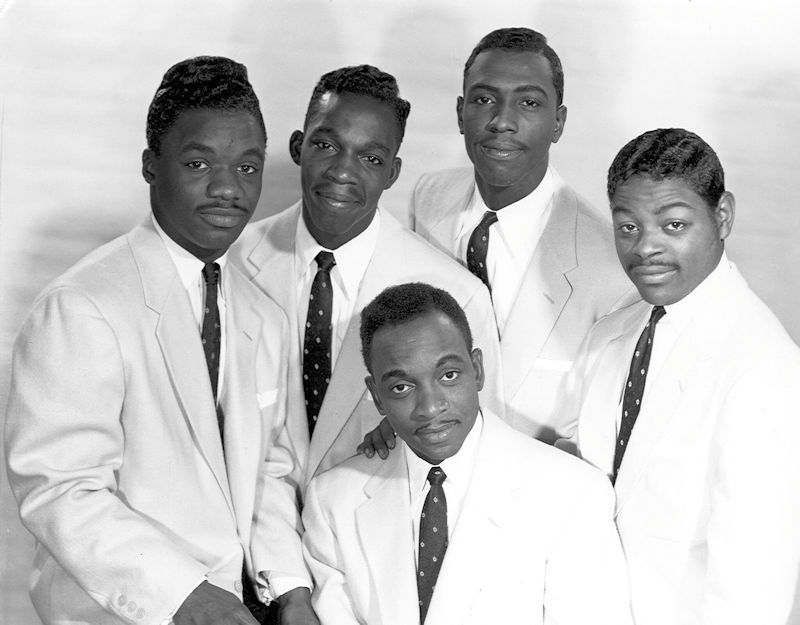 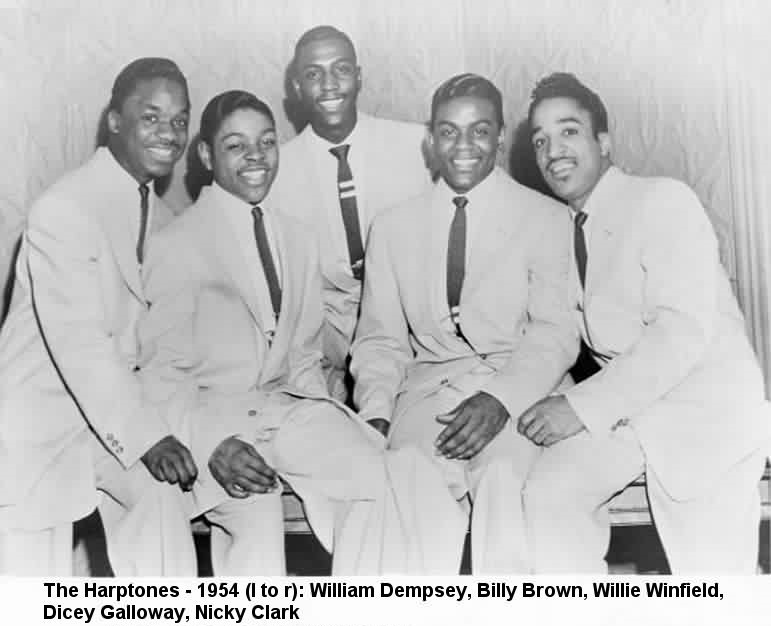 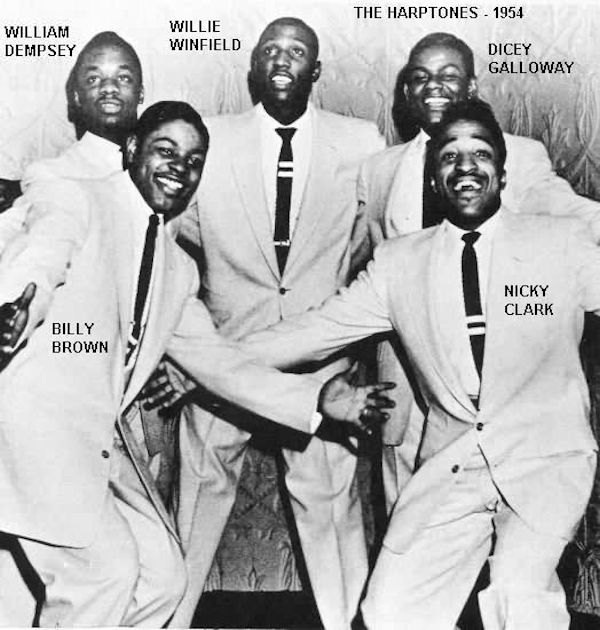 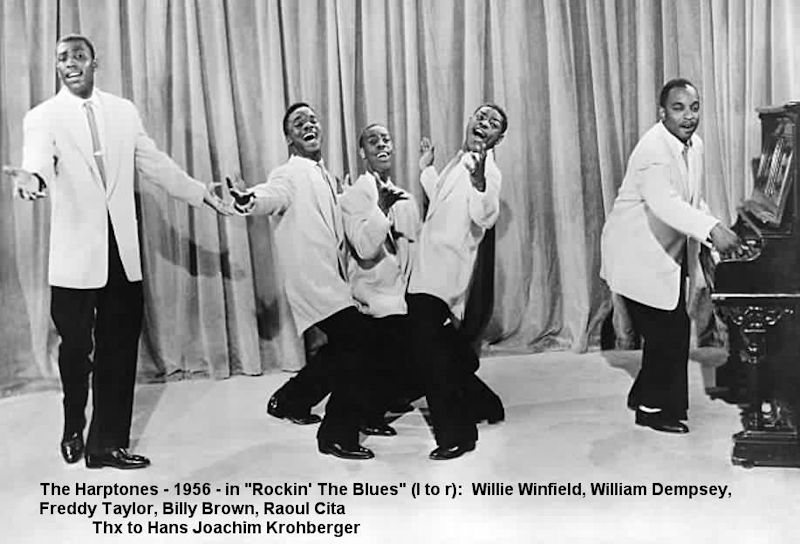 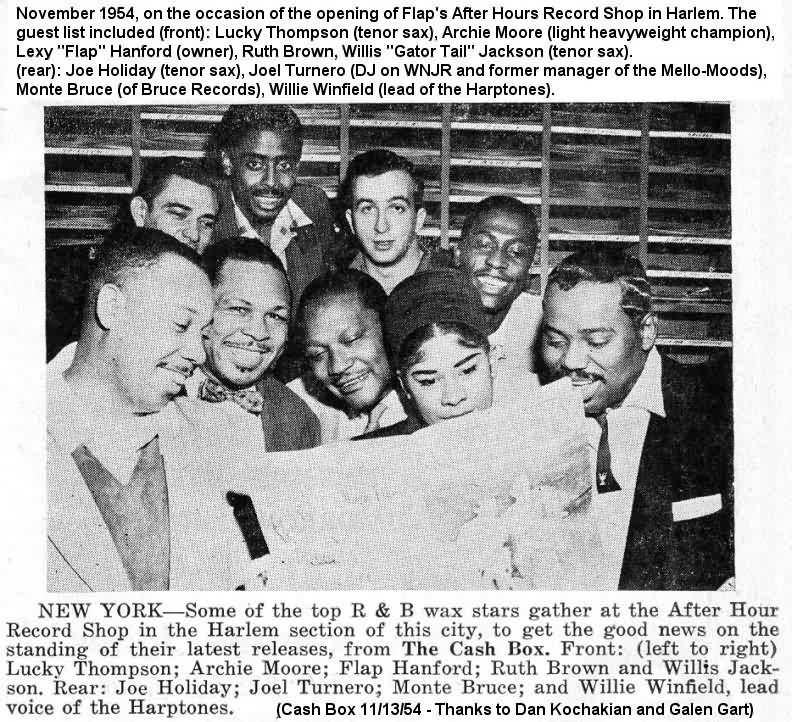