‘Erma Franklin Obituary’ – by Keith Woods, from ‘Tales From The Woods’ 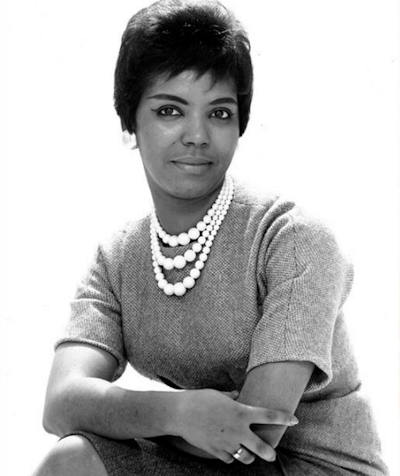 It has been a sad year regarding some of the great soul singers who have passed away. Now soul sister Erma Franklin, sister of Aretha and Carolyn died from cancer on September 7th [2002] in Detroit. Erma will always be remembered for her massive hit ‘Piece Of My Heart’ first in 1967 then on re-release in 1992, with the help of a Levi jean commercial.

Born 1939 in Shelby Mississippi, Erma sang in the choir run by her father, Reverend C L Franklin, at the New Baptist Church in Detroit, before forming in the mid fifties a short lived gospel group The Cleo-Patrettes at school. After touring with her father’s gospel group for a few years, Erma moved to New York in 1962 and signed to Epic Records, releasing a few singles over a four year period, and the album MY NAME IS ERMA. Failing to gain any real recognition at Epic, she joined the Lloyd Price Orchestra as featured vocalist.

In 1967 she was offered a contract by Bert Bern’s to record for Shout Records and scored a top 10 R&B hit with ‘Piece Of My Heart’. When Shout Records folded she put her singing career on hold to work for IBM. In 1969, however, she signed to Brunswick Records, were she recorded a sensational version of Jackie Wilson’s ‘I Get The Sweetest Feeling’, and the Northern soul favourite ‘Gotta Find Me A Lover’, an album SOUL SISTER, all failed to sell. After that she occasionally did background vocals for sister Aretha. Erma spent much of the last thirty years running Boysville, a child care charity in Detroit. Erma made one visit to the UK , as far as I know, along with Wilson Pickett in September 1969. During her life sadly she was often in the shadows of famous sister Aretha Franklin.