‘Boyd Bennett Obituary’ – by Keith Woods, from ‘Tales From The Woods’

Raise a glass to Rock’n’Roll singer Boyd Bennett who died on 2nd June 2002 at home in Florida. He was born on 7th December 1924 in Muscle Shoals, Alabama but was raised from childhood in North Davidson, Tennessee. Boyd’s grand-father instructed local Church members how to read music and to sing hymns, which was passed on to the young Boyd. Singing in Church choirs as a child, as a youth playing the guitar and singing for loose change in the streets or outside all the local Honky Tonk bars.

At the age of 16, in 1941, Boyd trained at the San Diego naval training centre and served on different naval troop transports throughout much of the Second World War. Severely injured taking part in the Normandy landings, unfortunately he did not realise until much later that his lungs and those of his shipmates were filled with deadly asbestos dust from the insulation on the exposed pipes. Cancer of the lungs became a fatal curse of the sailors that served on navy ships during the war. Boyd was a miracle survivor which he claimed was due to alternative medical therapies. The immediate post war years would see Boyd working in bars and clubs in various Western Swing outfits along with working as a drummer and singer in a dance band run by Francis Craig and supplementing his income further by working as a disc jockey and radio announcer for various local radio stations. 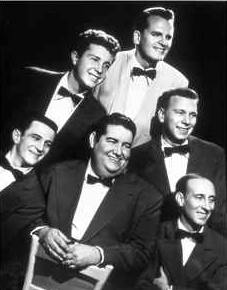 The early 1950s would find Boyd recording for Columbia Records, although without success. The company could not decide whether to market him as a country singer or a pop ballad stylist. Boyd assembled a band with a bunch of top league musicians that started out as the Southlanders but were quickly renamed to the Rockets, which included the near legendary Boots Randolph on saxophone along with Jim Muzey on trumpet, M D Allan on guitar, Kenny Cobb on bass and Jimmy McDaniels on piano. One of the first examples of a black musician to tour with a multi-racial band, Boyd had to constantly battle against racism across the South Lands; some clubs would allow Jimmy to play on the bandstand but not to eat in the dining room. By all accounts, Boyd had a unique way of dealing with the ugly problem whenever it reared its head.

Boyd Bennett and his Rockets now signed to King Records, producing marginal returns with a couple of country singles before hitting paydirt with the record he will be forever associated ‘Seventeen’. Bill Randall, a disc jockey in Cleveland, Ohio, was the first to pick up on the record; Alan Freed in New York followed suit. Other tracks the band cut during the same period were their version of ‘Poison Ivy’ along with ‘You Upset Me Baby’ and ‘Boogie At Midnight’, 1953. The huge success of ‘Seventeen’ kept the band busy on the road but they still found time to provide the backing on Moon Mullican’s classic ‘Seven Nights To Rock’ (1956) and Boyd played drums behind Bill Doggett on ‘Honky Tonk’ and with Moon Mullican again on ‘Sail My Ship Alone’. Boyd and his Rockets cut ‘My Boy Flat Top’ as a follow up to ‘Seventeen’ but sales were curtailed through cover versions on both sides of the Atlantic.

The band continued to cut some fine tracks – ‘Move’ and ‘Clock Ticking Rhythm’, both 1958. As the 1950s gave way to the 1960s their Rock’n’Roll glory days had passed, Boyd working in broadcasting administration for many years as well as cutting a number of gospel albums for various labels over the decades. Poor health through war injury took its toll. Ironically Boyd was booked to make his UK debut at this year’s Rhythm Riot at Camber Sands, this coming November robbing ‘Tales From The Woods’ the opportunity to witness him in action.