‘Billy Preston Obituary’ – by Keith Woods, from ‘Tales From The Woods’ 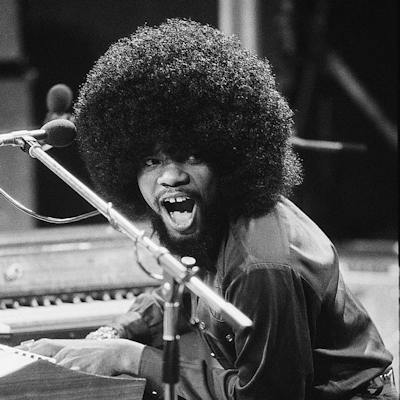 BILLY PRESTON from his roots as a key session musician, developed into one of pop and soul music’s most successful vocalists and instrumentalist, with a career that spanned five decades. His legacy was huge, as was his playing; like a man possessed he would prowl the keyboards. He certainly was an original, and widely acknowledge as the fifth Beatle after George Harrison pulled him into the mop tops’ recording sessions in 1969.

William Everett Preston was born 9 September 1946 in Houston, Texas. He was raised in Los Angeles. From a very early age he showed a natural talent for the keyboards, starting piano lessons at the age of three, graduating to the organ by the time he was six. As a charismatic child prodigy, Preston played organ for gospel icon Mahalia Jackson on her travelling Gospel show. At the age of twelve he landed a cameo role, playing songwriter W C Handy as a boy in the 1958 movie ST LOUIS BLUES, which sealed his entry into show business.

The early sixties were spent with the Rev A A Allen, touring the US for evangelical revivals and recording gospel sides, with the likes of James Cleveland and Andre Crouch.

His introduction to secular music came in 1962 when he was hired by Little Richard for a tour of England and Germany as his organ player. This was the only time I saw him live, when the package hit Tooting, although he was listed for the North Sea Jazz festival a few years back, but his appearance never materialised. It was in Hamburg that Preston first met and struck up a friendship with the then unknown Beatles. Sam Cooke who also shared the bill on the 1962 tour, on returning to the states had Preston’s splashy gospel organ playing on his recordings and signed him to his Derby label, where he released the one forty five ‘Grazee’ and an album, 16 YEAR OLD SOUL.

His first recordings for Derby Records, followed by VAC and Vee Jay, apart from the hammering the ivories into submission on the instrumental ‘Billy’s Bag’, which somehow found its way out on UK Sue, were unspectacular and nothing became of them.

Preston gained a contract with Capital Records in 1966, although his record sales were only moderately successful, he regularly worked in the house band on the networked US TV show ‘Shindig’. He joined Ray Charles’ touring band, where Charles would push him into the limelight as his protégé. It’s Preston’s prominent organ that can be heard on Charles’ ‘Lets Go Get Stoned’.

A further visit to the UK, this time with Charles in 1969, for a recording of a TV special, saw Preston once again meeting up with the Beatles. He was invited to record with them, and lent his gospel tinged touch to their ‘Let It Be’ and ‘Get Back’ smash hits. Incidentally he was the only artist to receive a label credit with the Beatles, the ‘Get Back’ single is credited to ‘The Beatles with Billy Preston’. He signed to the Beatles’ Apple label, with his initial release being ‘That’s The Way God Planned It’, which rewarded him with his first solo chart entry, reaching number 11 on the UK charts, and along with his huge towering Afro became something of a pop icon.

After the Beatles broke up he went on to record with John Lennon’s Plastic Ono Band, plus Ringo Starr and George Harrison’s solo projects. He performed at Harrison’s Concert for Bangladesh in 1971. He also played on many of the Sly and The Family Stone’s famous hits including the legendary 1971 album THERE’S A RIOT GOIN’ ON, Bob Dylan’s BLOOD ON THE TRACKS, and Aretha Franklin’s YOUNG, GIFTED, and BLACK sessions.

Now established as a mainstream artist, in 1972 he signed a major contract with A&M Records, and throughout the seventies he flourished, enjoying major hit singles, ‘I Wrote A Simply Song’, and the funky storming ‘Outta Space’, which also won him a Grammy. He then hit number one pop with the vocal ‘Will It Go Round In Circles’ and topped the R&B charts with the instrumental ‘Space Race’. He recorded with the Rolling Stones, heavily featured on their albums STICKY FINGERS and EXILE ON MAIN STREET and was a special guest on their mega 1975 American jaunt.

He moved to Motown in 1978 with further success. He continued to amass healthy sales with his own records, and when in 1979 he teamed up with Syreeta for their sentimental duet ‘With You I’m Born Again’, resulted in his biggest international hit. The duo grazed the charts the following year with, ‘It Will Come In Time’.

A prolific writer, he co-penned the multi platinum ubiquitous ‘You Are So Beautiful’, which was performed by Joe Cocker amongst others. He continued to record and tour, dividing his energies between gospel and secular recordings throughout the eighties.

Exposed to drugs and alcohol early on in his life, which over the years slowly festered to the surface, finally catching up with him in the nineties, resulting in numerous personal problems. He was now fully addicted to cocaine and had several brushes with the law relating to drug offences. In 1991 he was arrested on morals charges. In 1992 he was given a nine month suspended sentence for drug offences. In 1997 he was sentenced to three years imprisonment on drugs charges. Finally he pleaded guilty to an insurance fraud case.

Released from jail and drug free, Preston appeared in the film BLUES BROTHERS 2000. He received critical acclaim for his rendition of ‘My Sweet Lord’ which he sang in his participation in the 2002 tribute concert, Concert for George Harrison. He continued to perform, touring with the Funk Brothers and Stevie Winwood throughout Europe in early 2004, and than hit the road garnering rave reviews for his performances with Eric Clapton through Europe and the States. Last year he contributed to the Red Hot Chili Peppers’ album STADIUM ARCADIUM, which sold nearly half a million copies in its first week of release in the US, and a project with Neil Diamond.

Preston had a stunning career that again and again put him in the same room with music history.

In November 2005 he had a kidney transplant which his body rejected and he slipped into a coma from which he never recovered. He passed away on 6th June 2006, the result of his long-time drug use.