Sam Cooke and the significance of “A Change Is Gonna Come” 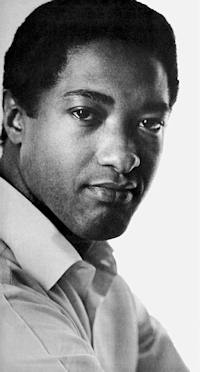 “A Change is Gonna Come” was written by Sam Cooke some time in 1963 and was initially released in February of 1964 as the first track on side two of “Ain’t That Good News”, his twelfth and final studio album. It was released again posthumously as a single that December on the B-side of “Shake”, although as noted by Sullivan (2019, p.60), this version was heavily edited for radio stations, omitting the verse “I go to the movies, and I go downtown/ Somebody keeps telling me, Don’t hang around”, a clear reference to the dangers faced by black people in a country where “Jim Crow Laws” were being violently enforced, and lynchings of black people were still a regular occurrence. Also noted by Sullivan, ‘Despite its muted release, “A Change Is Gonna Come” has been handed down as Cooke’s best and most significant song. It was added to the National Recording Registry in 2007’. The song’s addition to the National Recording Registry serves as an important recognition of its enormous social impact across the globe; less than 550 recordings are currently being preserved in the registry.

According to many accounts by his peers, the song was partly inspired by Bob Dylan’s “Blowin’ in the Wind”. Rhule (2018) explains; ‘It is a commonly held truth by those who knew and worked with Sam that the song was first inspired by the awe he felt and expressed for singer Bob Dylan’s “Blowin’ in the Wind”- yet, contrary to what some have written in stating that Sam was “angry” that a white boy wrote the song (which would have run totally counter to his lack of prejudice, a fact bolstered by his plethora of racially-variegated friends and music business associates), Sam, instead, was buoyed by and inspired by Dylan’s lyrics, just as he had been by Pete Seeger’s “If I Had a Hammer.” Rather, it was more of a feeling that he, as a black man, should also write such a song, especially given the fact that on numerous occasions he had personally experienced the ugliness of Jim Crow when performing down south on the “chitlin circuit,” as the black road tours were historically dubbed’.

It seems reasonable to presume that Cooke might have been particularly affected by the song’s opening line, “How many roads must a man walk down, before you call him a man?”. As explained by Davis (no date) in an essay on racial etiquette in “Jim Crow America”; ‘…All black men, on the other hand, were called by their first names or were referred to as “Boy”, “Uncle”, and “Old Man”–regardless of their age… This practice of addressing blacks by words that denoted disrespect or inferiority reduced the black person to a non-person, especially in newspaper accounts’. It can be almost guaranteed that Cooke had first-hand experience with this type of prejudice. “How many years must some people exist, before they’re allowed to be free?”; from the second verse of “Blowin’ in the Wind”, this question about the ongoing persecution of black people in America must also have been a particularly touching line for Cooke. He liked the song so much that he began singing it at his own shows.

Another incident that likely provided further inspiration occurred in 1963; after reserving a room at a Holiday Inn in Shreveport, Louisiana, Cooke was refused access when he arrived at the front desk. Kallen (2013, p.46) explains; ‘Cooke wrote the song after being denied a room in a Shreveport, Louisiana, hotel because of his skin colour. An argument ensued, Cooke refused to leave, and he was arrested and thrown in jail’.

Cooke’s thirst for social change led him to the centre of the civil rights movement of the 60’s, when a lucky meeting with figurehead Dr. Martin Luther King Jr. provided him with an opportunity to contribute to the movement. Rhule (2018, p.4) explains; ‘When Sam had a brief, chance encounter with the Rev. Dr. Martin Luther King Jr. at the Atlanta airport, sometime after that March on Washington (the 1963 March on Washington for Jobs & Freedom), he committed not only a song to him, but agreed to organize other artists for a compilation album of folk and gospel songs, the proceeds of which, according to family members, he would completely donate to the Southern Christian Leadership Conference (SCLC)’.

King Jr.’s belief in the power of music has been well documented over the years. Writing for The NY Times, Shelton (1962, p.1) attended one of his speeches during the Albany Movement in Georgia; ‘“The freedom songs are playing a strong and vital role in our struggle,” said Martin Luther King Jr., during the Albany Movement. “They give the people new courage and a sense of unity. I think they keep alive a faith, a radiant hope, in the future, particularly in our most trying hours”’.

Very unfortunately, less than a year after his meeting with King Jr., Cooke was murdered under highly suspicious circumstances by the manager at a South Los Angeles motel. His plan for a compilation album never materialised.

The fact that the then newly elected President Obama referenced the song’s lyrics, over forty years after its release, in one of his speeches further speaks to the immeasurable weight of its impact. As Norris (2016) recalls, ‘“It’s been a long time coming,” Barack Obama told ecstatic crowds in Chicago (in the 2008 “Yes We Can” speech). “Change has come to America”’. Bettye LaVette and Jon Bon Jovi performed the song in a duet at Obama’s inauguration ceremony that year. The song has been recorded by over a hundred different artists, firstly by The Supremes. In the following years covers came from various corners of the pop music world; Otis Redding, Luther Vandross, Billy Bragg, Fugees, and Herbie Hancock to name a handful. Cooke’s legacy, idealistic vision, and his role in American history has been truly cemented.

Ever since I first saw John Lee Hooker play Boom Boom in The Blues Brothers at around 8 years old I remember having a fascination in blues music. Growing up around Surrey and South-West London I often heard stories of local heroes such as Jeff Beck, Jimmy Page and Eric Clapton; at 11 my parents bought me my first guitar, and so began what I have since learnt is a never-ending quest. After leaving school I got my BTEC diploma in music from Richmond College, and am now scraping through my 2nd year on a BA course in Professional Musicianship at BIMM London.